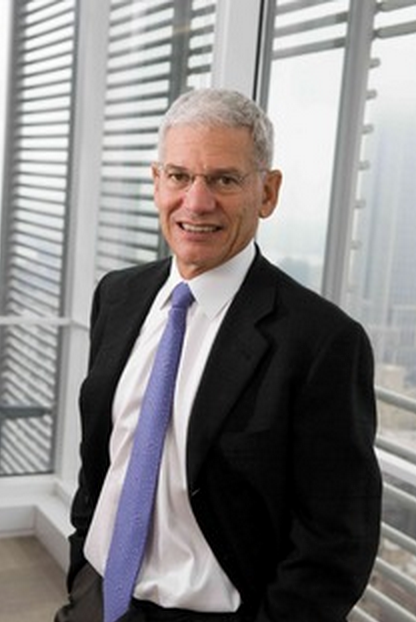 Can you protect your endowment, make money, and support action to reduce carbon emissions at the same time?   Sell stranded assets.

Many institutional investors including endowments, foundations, pensions, and even sovereign wealth funds are considering or have already divested from coal and other fossil fuel companies.   At the US based World Wildlife Fund, where I chair the investment committee, we addressed this issue a little over two years ago.  We asked ourselves what would be the impact on our portfolio holdings if appropriate incentives to reduce greenhouse gas emissions were instituted globally.   The answer was obvious – certain assets such as reserves of coal and expensive sources of oil would become less valuable and the valuations of companies holding those assets would fall.

We decided to protect our portfolio against the risk created by these “stranded assets.”  It was a decision based on managing portfolio risk in the face of our understanding of the reality of the externality created by burning fossil fuels, the likelihood that stranded assets would underperform, and the desire to position our portfolio to be aligned with our mission.

Almost every ecosystem in the world is threatened by the impacts of climate change.  Our mission at WWF, to conserve nature and reduce the most pressing threats to the diversity of life on Earth, requires that we support public policy to reflect the economic externality of climate risk in a price for carbon emissions.

We anticipated that as expectations of such policies being implemented grew, it would negatively impact the valuations of stranded assets.  And while the absolute size of those stranded assets in our portfolio was small, and we would have liked to sell them, there were tiny holdings of stranded assets in many of the portfolios of the managers that we were invested in, making it difficult and expensive to arrange to sell all those assets.

In order to reduce the expense and complexity of selling those assets we decided to create the equivalent economic exposure by entering into an innovative financial instrument, a “stranded asset total return swap.”  Our swap is a very simple contract between two counterparties, in this case WWF and Deutsche Bank.   Every three months one party pays the other depending on whether stranded assets have outperformed or underperformed the market.  The return on stranded assets is measured by an index comprised of a combination of ¾ a market cap weighted index of returns on North American coal and ¼ a market cap weighted index of North American oil sands.  The market return is measured by the S&P500 stock index.   If our concerns were born out and stranded assets fell in value, the swap returns would pay the WWF an equivalent value providing insurance against those losses.

From the WWF perspective the swap in isolation was a bet that stranded assets would underperform the market.   At the time we entered into the swap, January 2014, we thought it likely that stranded assets would underperform in the long run, but we had no idea how quickly that would happen and how massive that underperformance would be.   We certainly did not anticipate that the swap would be, by far, the best performing asset that we owned.  Since inception, the swap is up over 55%. 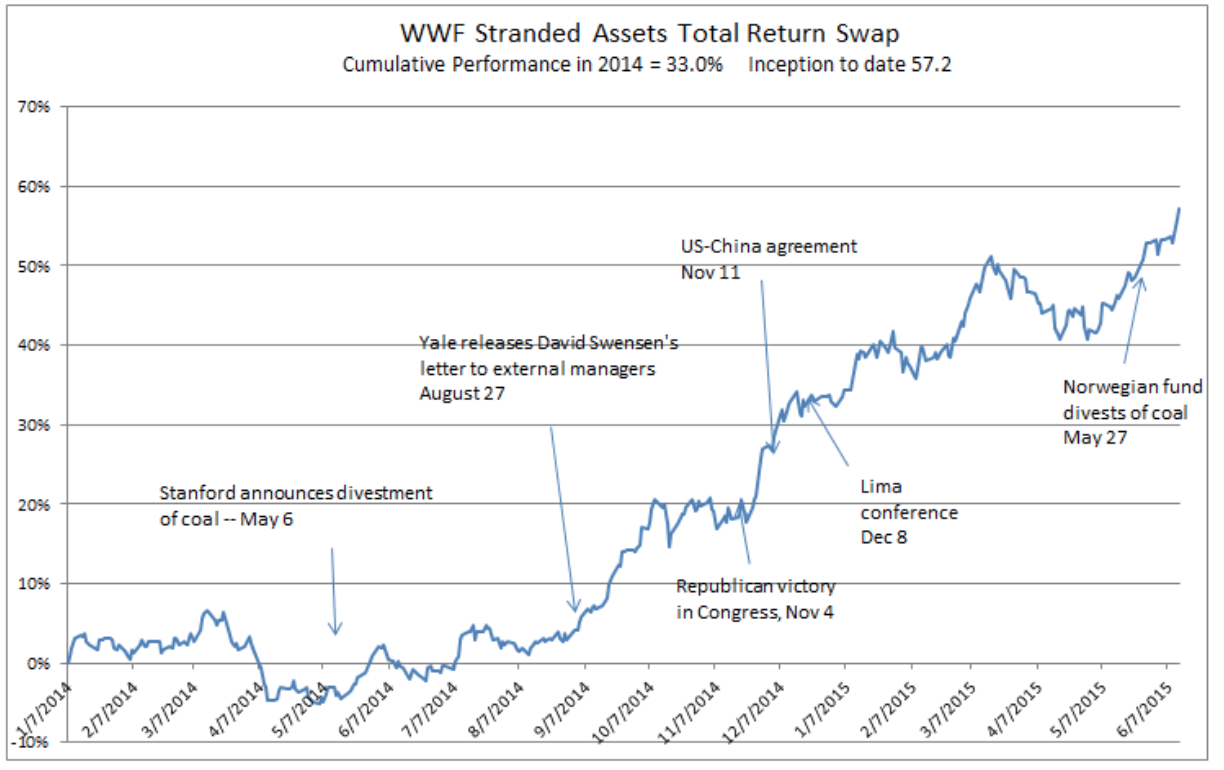 We knew that emissions markets had not yet priced climate risk appropriately, but what we hadn’t anticipated is how quickly other investors and equity markets would begin to build in expectations that climate risk will be priced rationally.  The market has for many years built in an expectation that there would be a slow increase in emissions prices over the next several decades, a path sometimes referred to as the “slow policy ramp.”  In fact, at the time we put on the swap the progress in emissions pricing had been perhaps surprisingly slow for several decades.  We realized such expectations were irrational — they do not appropriately take risk into account. The actual rational expectation for the price path of emissions is an immediate sudden jump of global carbon emissions prices to a level high enough that incentives are created that will, with extremely high probability, eliminate any threat of catastrophic climate risk.

The price of emissions is the brake society has in order to create appropriate incentives for emissions reduction.  The question of emissions pricing has to be understood as an issue of how hard should society press on that brake today?

Consider two scenarios. In the first scenario you are racing down a mountain road with a sharp curve ahead. You are going fast, but you’ve been down this road many times so you know that you need to slow down significantly to get around that curve safely. And you know exactly how much distance it takes to slow down going into the curve. You brake slowly at first, increasing the pressure as you get closer to the curve. This is the profile of the slow policy ramp for emissions prices that has been built into equity valuations for a long time.

In the second scenario the situation is identical, except you have never been down this road before. In the instant you see the curve, you realize that you need to slow down, that there is a steep cliff off the side of the road and that you aren’t sure the speed at which it will be safe to round that upcoming corner — which is sharper now than it initially looked. As time compresses, you realize that you might be going too fast and you need to slam on the brakes.

The difference between scenario one and scenario two is uncertainty and risk aversion. In scenario two you instantly brake hard enough that you expect to ease up on the brake as you slow down safely. That is the situation society is in today with respect to climate risk, and equity markets are starting to realize it, but only starting.  There may be significant upside remaining in hedging stranded assets.

It is not too late for educational institutions to uphold their responsibility to prudently invest their endowments while also serving the interests of the broader society to mitigate climate change.   Entering into a stranded-assets swap will, at the margin protect the portfolio value, but will also potentially represent a return-generating opportunity — all while aligning the interest of the endowment with that of the institution and encouraging rational behavior with respect to climate risk.