Middlebury College is a private liberal arts college in Middlebury, Vermont. The Investment Committee of the Board of Trustees and College Administration oversees the endowment. In 2005, management of Middlebury’s endowment was outsourced to Investure, an investment office specializing in managing endowments and foundations. In 2010, the college established the Sustainable Investments Initiative, a fund dedicated solely to investments that meet the college’s sustainability guidelines.

The Advisory Committee on Socially Responsible Investment was founded in 2011 to promote the socially responsible investment of Middlebury’s endowment through making recommendations to the trustees based on voting proxies and shareholder engagement, positive screening and impact investing, and negative screening and divestment.

In 2014, Middlebury’s president Ron Liebowitz announced that $25 million of Middlebury’s endowment would be devoted to impact investing, directed towards “investments focused on sustainability business such as clean energy, water, climate science, and green building projects.” He also announced that $150,000 of the endowment would be placed under the management of the Socially Responsible Investment Club, a student group devoted to socially responsible investing. As of 2016, the student-run SRI Club is working to develop ESG frameworks to be utilized in Middlebury’s endowment investment decisions, as well as pushing for more transparency in Middlebury’s investments.

In January of 2019, Middlebury announced its Energy2028 plan, an ambitious, whole-institution initiative to address climate change. Under this plan, the College’s endowment and sustainable investment policy will integrate fossil fuel divestment goals that include a commitment to not invest new dollars in fossil fuels beginning in mid-2019 and a phaseout of direct fossil fuel investments over a 15-year timeline. Learn more about Middlebury’s Energy2028 plan and its divestment strategy by checking out IEN’s blog.

Middlebury College is a participant or member of the following Initiatives & Commitments:

In 2016, Brown launched the Sustainable Investment Fund, a fund with no minimum donation that gives donors who wish to support the University philanthropically a sustainability-focused giving option structured to invest in companies that meet high standards of environmental, social, and governance practices.

In 2017, President Christina Paxson announced the formation of a Task Force on Climate Change and Business and Investment Practices that will identify and recommend opportunities for Brown to fully align Brown's business practices with the University's commitment to addressing climate change. In February of 2019, President Paxson endorsed a bipartisan plan to tax carbon proposed by the Climate Leadership Council.

In March 2020, Brown hosted the Future of Sustainable Investing Conference (FSIcon). Leaders in finance and sustainability taught students about ESG investing in hopes of uniting students and industry experts in utilizing finance to create a more equitable future.

Following years of student activism, Brown University announced in March 2020 that it planned to divest fully from fossil fuels. The university began selling fossil fuel securities in October 2017 and had sold 90% of its investments in fossil fuels by March 2020. The investment office plans to sell the remaining 10% in the coming months and years.

Brown University is a participant or member of the following Initiatives & Commitments:

Unity College is a private college with a student body of 700 located in Unity, Maine. The Spinnaker Trust and an Investment Committee, composed of three members of the board of Trustees, manages the endowment. Unity College is known as “America’s Environmental College” and is a founding member of the Intentional Endowments Network.

In 2012, the Unity College Board of Trustees voted unanimously to fully divest from fossil fuels, making them the first institution of higher learning in the United States to do so. A report released by UC’s finance officials showed that the college’s investment portfolio had exceeded performance expectations following the decision to divest. “Divestment has had no negative effect on our endowment portfolio,” said former Unity College President Dr. Stephen Mulkey, a leader in the growing campus divestment movement. “Divesting from fossil fuels is not a concession that means you automatically have a lower rate of return over the long run,” said Mulkey.

Unity College is a participant or member of the following Initiatives & Commitments:

The New School is a private research university located in New York City, New York. The endowment is managed by the New School’s Office of Investment, Treasury Operations, and Risk Management.

In 2009, the board of trustees established the Advisory Committee on Investor Responsibility (ACIR). The role of the ACIR is to advise the board of trustees on ESG issues related to The New School’s endowment and to develop ESG investing principles related to human rights, labor practices, environmental protection, equity, diversity, discrimination, and corporate disclosure. In 2012, The New School adopted the Sustainability Proxy Voting Guidelines, which established standards against which the Investment Committee could evaluate its investments.

In 2015, The New School not only became one of the largest universities to divest from fossil fuels, but it also has plans to reshape its entire curriculum to focus more on climate change and sustainability through a multi-pronged approach to issues related to university facilities, curriculum, food services, and other areas.

The New School is a participant or member of the following Initiatives & Commitments: 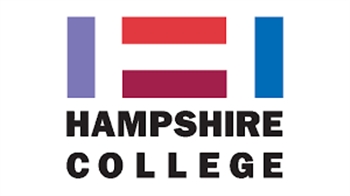 Hampshire College’s Policy on Environmental, Social, and Governance Investing acknowledges that because of the long-term risks certain business practices pose, consideration of ESG principles is part of the college’s fiduciary duties. Read the full policy here.

In January 2019, College President Miriam Nelson announced the College’s intention to find a long-term strategic partner to merge with and ensure a “thriving and sustainable future”, citing both financial and enrollment hardships as a small, under-endowed liberal arts college.

Hampshire College is a participant or member of the following Initiatives & Commitments:

Other Sustainable Investing Practices and News:

Pitzer College is a private college located in Claremont, California. About 1,000 students attend the college. From innovative, green buildings to food waste initiatives, Pitzer College is a model of sustainability in the modern era, a fact that earned it 7th place the 2018 Princeton Review Guide of 399 Green Colleges.

In 2014, Pitzer adopted several responsible investment practices such as considering ESG factors in portfolio manager selection and monitoring, establishing a sustainability fund as a subset of its endowment holdings, and divesting from fossil fuels (making Pitzer the first college in Southern California to divest from fossil fuels). Don Gould, trustee and chair of the investment committee at Pitzer College, published an article in the Chronicle of Higher Education outlining their rationale for divesting from fossil fuels. In this article, he shares responses to some of the most common concerns regarding divestment, including fiduciary duty, financial performance, the impact on fossil fuel companies, the hypocrisy of continuing to use fossil fuels after divesting, sacrificing returns, and politicizing the endowment.

In 2017, Pitzer College became the founding investor to the first-ever global equity index that is both ESG-focused and fossil fuel-free. According to the press release, “the fund is designed to help endowments, foundations and other nonprofit organizations meet their Responsible Investment goals.”

Pitzer College is a participant or member of the following Initiatives & Commitments:

In 2013, after working with student activists, the SF State Foundation voted unanimously to divest from all coal and tar sands companies, becoming the first public university and the first school on the west coast to do so. It also committed to researching the possibility of divestment from all fossil fuel companies.

In 2015, the SFSU Board was in the process of allocating $5 million to establish a green fund, as well as establishing a $500,000 student-managed investment fund. The goal of the student-managed fund is to expose students of different academic backgrounds to SRI investing. The SF State Foundation also calculated the carbon footprint of its portfolio and will measure the change in its footprint over time.

In 2016, SFSU partnered with IEN to host the Intentionally Designed Endowments Forum to promote conversation on endowment investing by bringing together campus decision-makers such as presidents, trustees, CFOs, CIOs, and others from campuses in California and the region.

San Francisco State University is a participant or member of the following Initiatives & Commitments:

Stanford University is a private university located in Stanford, California with approximately 17,000 students. The Stanford Management Company (SMC) and Board of Trustees oversee the endowment. Stanford is currently one of only six higher education institutions to earn the highest rank in the Sustainability Tracking, Assessment & Rating System (STARS), due to its significant efforts to integrate social and environmental awareness into its curriculum, operations, and investments.

Since its adoption of a statement on investor responsibility in 1971, Stanford has recognized its responsibility as an investor and has periodically outlined and updated policies to guide its commitment to responsible investment in a contemporary context. The SMC’s Ethical Investment Framework was adopted in 2018 to govern and complement Stanford’s existing statement. According to the framework, investment decisions are guided based on the understanding that businesses are far more likely to endure and generate sustainable returns on investor capital when they behave with due regard for the welfare of their stakeholders and the communities in which they operate. Stanford currently has a Special Committee on Investment Responsibility (SCIR) of the Board of Trustees as well as Investment Responsibility and Stakeholder Relations (IRSR) office to review proposals submitted by the community and function as an ad-hoc, issue-based fact-finding committee responsible for research and campus engagement where needed.

As such, Stanford’s efforts to address environmental, social, and governance issues through investment has manifested in adopting a climate change proxy voting guideline to support resolutions for companies to analyze levels of greenhouse gas emissions and develop plans to reduce and/or eliminate them. Stanford has adopted policies that preclude owning specific companies with operations implicated in Sudanese human rights abuses, the tobacco industry, and companies whose principal business is coal mining for electricity.

In 2018, Stanford committed $10 million over a 10-year period to develop an expanded platform of educational and research opportunities for students and faculty with interests in responsible investing and governance.

Stanford University is a participant or member of the following Initiatives & Commitments:

Brandeis University has a strong history of leadership in social justice, a legacy that has impacted its endowment management policies. Since its adoption of a Responsible Investor General Guideline by the Board of Trustees in 1973, Brandeis University has strived to be conscious of the social and environmental impact of its investments and exercises its ethical responsibilities as an investor. Following significant student activism and the recommendations of an exploratory committee on fossil fuel divestment, in November of 2018, the president of Brandeis officially announced the Board of Trustee’s decision to adopt a coal divestment policy. Furthermore, the president’s announcement stated that the investment office and the board’s investment committee would take measures to focus to find investments in renewable energy sources and technologies focused on the reduction of greenhouse gas emissions.

Brandeis University is a participant or member of the following Initiatives & Commitments:

In 2013, students approached the HSUAF at an associated students meeting to advocate for divestment from fossil fuels. In response, the HSUAF took many steps to advance its tradition of environmental sustainability. The Social and Environmentally Responsible Offset Policy (SEROP) was adopted in April of 2014, making HSU the first state University in the US to commit to full fossil fuel divestment. That same year, the HSUAF decided to direct 10% of its portfolio to green funds and explored creating a “Green Challenge,” allowing for another 10% of the portfolio to be shifted to green funds for every $500,000 donated to the endowment.

In 2016, the HSU Office of Sustainability published a comprehensive Climate Action Plan that outlines more than 50 action items to achieve its goal of becoming carbon neutral by 2050. HSU also became a Charter Signatory for the Campus Climate Commitment, which encompasses the goals of achieving both carbon neutrality as well as improving community resilience.

Humboldt State University is a participant or member of the following Initiatives & Commitments: