Thoughts on Filing a Shareholder Resolution at ExxonMobil

From The Dwight Hall SRI Fund at Yale University

Last week, our shareholder engagement team at the Dwight Hall SRI Fund received some positive news. We learned that the shareholder resolution that we had co-filed at ExxonMobil was to be included in the company’s annual proxy statement and would be voted on by the company’s shareholders in May.

This is our latest milestone in an unfinished journey, which began in August of 2014. At that time, the Yale Corporation Committee on Investor Responsibility announced that the Yale Endowment would adopt a special proxy voting directive for the issue of climate change:

“Yale will generally support reasonable and well-constructed shareholder resolutions seeking company disclosure of greenhouse gas emissions, analyses of the impact of climate change on a company’s business activities, strategies designed to reduce the company’s long-term impact on the global climate, and company support of sound and effective governmental policies on climate change.”

As a student-run socially responsible investment fund, we at Dwight Hall SRI sought to file a resolution that the Yale Endowment might be able to vote for in accordance with the new directive. Moreover, Yale’s decades-old guidelines for ethical investment hold that when the exercise of shareholder voice seems unlikely to eliminate a grave social injury within a reasonable timeframe, the University should divest. So we recognized that filing a resolution would be a valuable opportunity to examine the efficacy of shareholder engagement in this context. 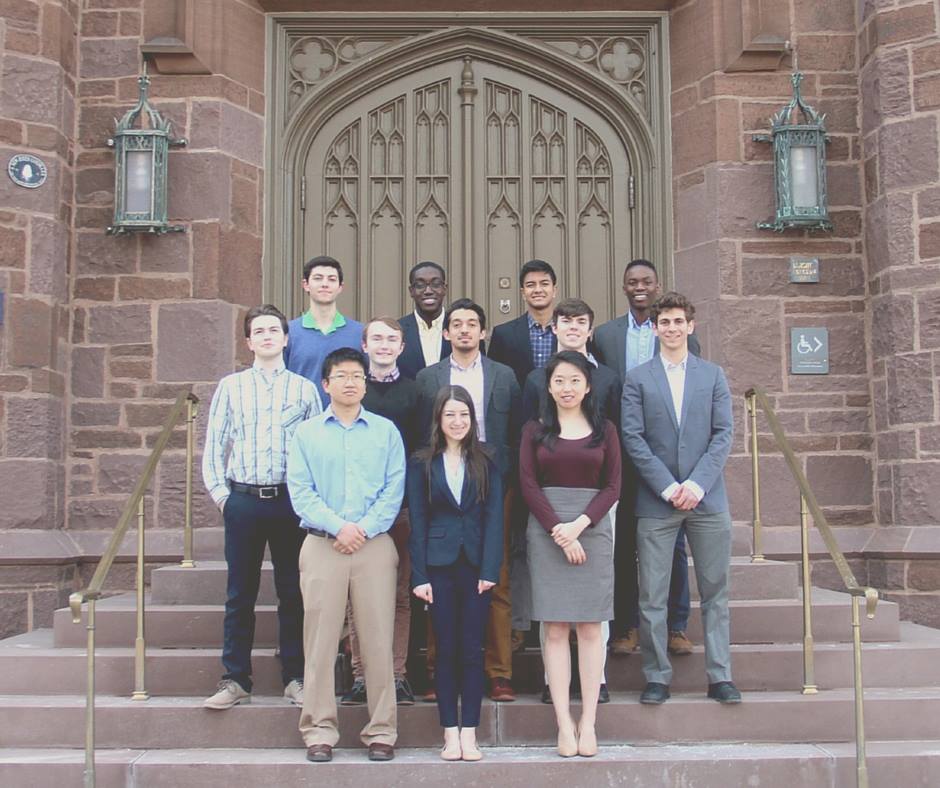 Pictured Above: Members of the Shareholder Engagement Team

After some deliberation, we chose ExxonMobil over other possible companies, partly because of its status as the largest publicly traded international oil and gas company in the world. Early in December of 2014, we purchased stock in ExxonMobil. The SEC requires that shareholders must continuously hold a minimum of $2,000 in a company’s stock for at least one year in order to file a resolution.

Boston Trust Walden Company is an independent, employee-owned firm that has provided investment management services to institutional and private wealth clients for more than 40 years.  The firm is committed to a distinctive investment philosophy, disciplined approach, and impact investing leadership.

Green Century Funds was founded by non-profit environmental advocacy groups as way of providing an investment option for people who care about the environment. They offer was they call the "triple-green" approach in order for those who invest to receive competitive returns while also remaining confident that they are investing in sustainable companies. Green Century offers two completely fossil fuel free mutual funds - the Green Century Equity Fund and Green Century Balanced Fund.

Sustainable investing starts from the understanding that a just society, a healthy environment, and competitive financial returns are all “bottom line” issues. Arjuna’s team brings five decades of sustainable investing experience to the partnerships we forge with our clients. Together, we invest in the kind of world we want to live in.