On April 13-14, 2019, The Intentional Endowments Network co-hosted The Student Conference for Corporate Responsibility with The Dwight Hall Socially Responsible Investment (SRI) Fund at Yale University. This conference convened undergraduate and graduate students and faculty involved in running student-managed funds across the country, with the goal of broadening students' understanding of both sustainable finance and shareholder engagement.
This is not the first time students managers of the Dwight Hall SRI Fund at Yale Unversity have engaged in dialogue around shareholder engagement opportunities. They have been actively exercising their voices as shareholders since 2014, when the Yale Corporation Committee on Investor Responsibility announced that the Yale Endowment would adopt a special proxy voting directive for the issue of climate change. As a student-run socially responsible investment fund, Dwight Hall SRI students sought to file a resolution that the Yale Endowment might be able to vote for in accordance with the new directive. In 2016, the group co-filed a shareholder resolution at ExxonMobil and attended ExxonMobil's Annual General Meeting to vote on the resolution alongside their fellow shareholders. The students found the process extremely valuable from an educational standpoint, and when they approached other student-managed funds to see how they could potentially work together on shareholder engagement work, realized there was a huge lack of understanding around the engagement process and the value of participating.
According to Gabe Malek, a Co-Chair of the Dwight Hall SRI Fund, "My fellow Dwight Hall SRI Fund Co-Chair Trina White and I decided to organize the Student Conference for Corporate Responsibility to teach undergraduates about the importance of shareholder engagement and, in the process, facilitate dialogue between students interested in finance and students passionate about activism. Too often, young people on college campuses see investing and social justice as mutually exclusive. In actuality, though, portfolio management can be used as a tool to address environmental, racial, gender, and corporate governance issues."

On the first day of the conference, the format was highly interactive, with brief presentations from expert speakers who delivered content and seeded conversation, integrated with significant time spent in small-group dialogue sessions at round tables. Panelists introduced the shareholder engagement process, shared hot topics in investor activism, and highlighted engagement in practice. 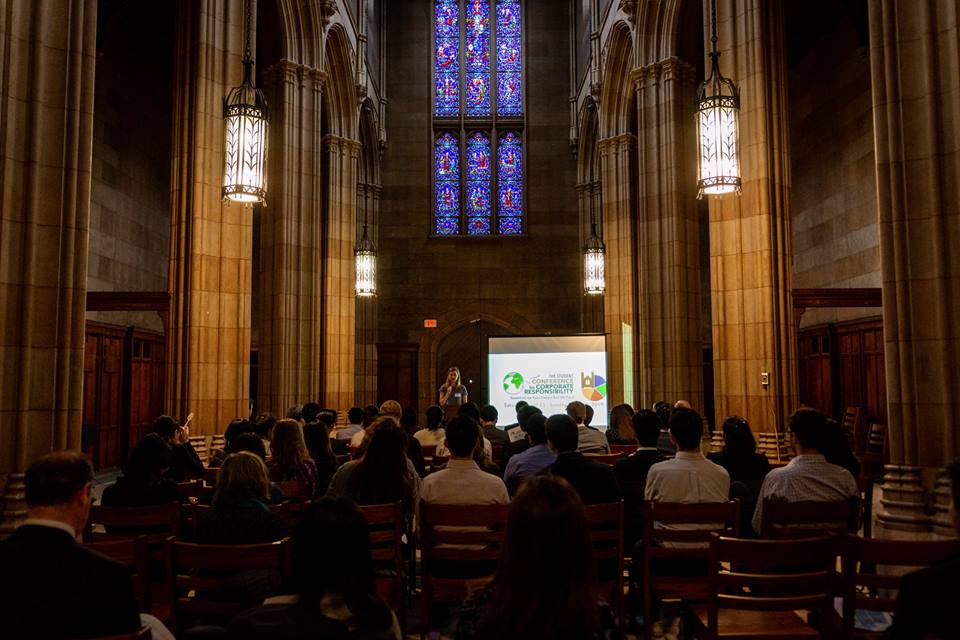 The second day on the conference was entirely dedicated to action planning, with a focus on peer learning and coalition building to advance shareholder engagement opportunities within student-managed funds. Student, faculty, and staff attendees discussed their main limitations and exciting opportunities, and brainstormed several opportunities for individual and collective action. 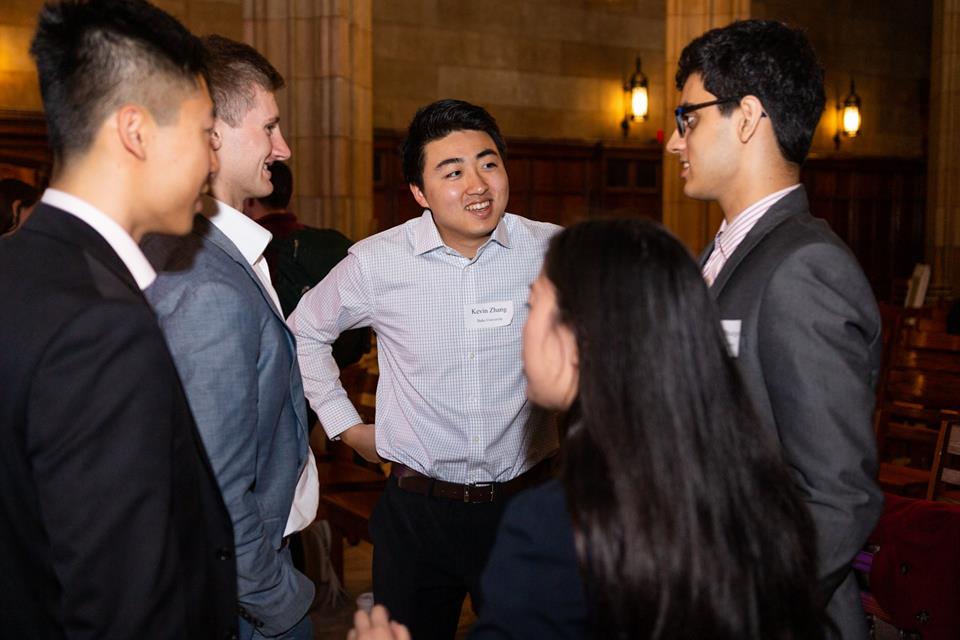 Main takeaways included:
In reflecting on the conference, Gabe Malek, a Co-Chair of the Dwight Hall SRI Fund, said "I hope that attendees walked away from the SCCR with a novel outlook on what it means to own stock in a company, with the understanding that shareholders have the right, and frankly the duty, to hold corporations accountable for negligent business practices. More importantly, I hope the SCCR kickstarts a larger student-led conversation surrounding corporate responsibility in the United States."
If interested in learning more about this conference, the Student Coalition for Corporate Responsibility, or additional ways to engage in IEN's work with student-managed funds and faculty teaching sustainable investing, reach out to Nicole at [email protected]
Do you like this post?
Tweet