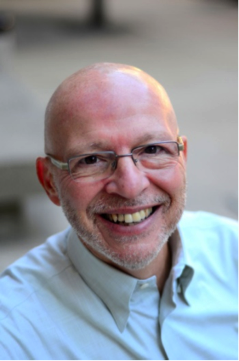 The Association for the Advancement of Sustainability in Higher Education (AASHE) has named Dr. Tony Cortese as the recipient of the Lifetime Achievement Award, recognizing his outstanding achievements and progress toward sustainability.

With over 3 decades of leadership, Dr. Cortese played an essential role in the formation of many of the key organizations and frameworks in the higher education sustainability space - including the Talloires Declaration, Second Nature, AASHE, the American College & University Presidents Climate Commitment, and the Intentional Endowments Network - that have guided the evolution of the movement for sustainability by and in higher education.

“The 2018 award winners demonstrate an inspiring passion for solving some of the world’s most complex challenges. They are truly pioneering the campus sustainability movement,” said AASHE Executive Director Meghan Fay Zahniser.

After an early career in government that included five years as the commissioner of the Massachusetts Department of Environmental Protection, Dr. Cortese established himself as a pillar in the higher education sustainability community in the 1980s when, as the dean of Environmental Programs, he established the Tufts University Environmental Literacy Institute, which has trained more than 200 academic professionals on the integration of the environment and sustainability in the curriculum. While at Tufts, he also organized a meeting of higher education leaders in 1990 that resulted in the Talloires Declaration of University Leaders for a Sustainable Future, a 10-point action plan for incorporating sustainability in teaching, research, operations and outreach at colleges and universities that has been signed by over 500 university leaders in over 50 countries.

Building on his experiences at Tufts, Dr. Cortese founded Second Nature in 1993 with support from Senator John Kerry and Teresa Heinz Kerry. Among many other accomplishments while at Second Nature, Dr. Cortese catalyzed the creation of Education for Sustainability – Western Network, which, with his help and support, eventually grew to become AASHE in 2006. Another highlight of Dr. Cortese’s time as Second Nature was the creation of the American College & Universities Presidential Climate Commitment (ACUPCC), now known as the Presidents’ Climate Leadership Commitments. Launched in partnership with AASHE and ecoAmerica, the ACUPCC demonstrated presidential support for sustainability and jump-started institutional progress toward climate neutrality. In the first five years of this commitment, nearly 700 institutions across all 50 states and the District of Columbia began the process of becoming climate neutral and integrating sustainability throughout educational programs.

After leaving Second Nature in 2012, Dr. Cortese went on to co-found the Intentional Endowments Network (IEN), which supports higher education institutions in aligning their endowment investment practices with their mission, values, and sustainability goals.

A Fellow of the American Association for the Advancement of Science, Dr. Cortese holds a bachelor’s and master’s degree from Tufts University in civil and environmental engineering and a doctorate in environmental health sciences from the Harvard School of Public Health. He has served on the boards of Tufts University, Green Mountain College, The Natural Step US, and the Environmental Business Council of New England.