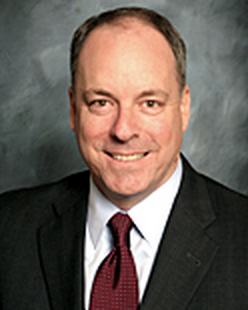 Ashley is president of the California State University Foundation, which enhances the educational excellence of the system through public and private support and partnerships. Additionally, he serves as vice chair of the St. Mary Medical Center Board of Ambassadors to which he was appointed in 2009.

Previously, Ashley was undersecretary for international trade in the Business Transportation and Housing Agency for California. He chaired the statewide California Trade Partnership, was a member of the U.S. Trade Representative's Intergovernmental Policy Advisory Committee, and served on the Center for International Business Education and Research Advisory Board at the University of Southern California.

Ashley earned a political science bachelor’s from the University of New Mexico.