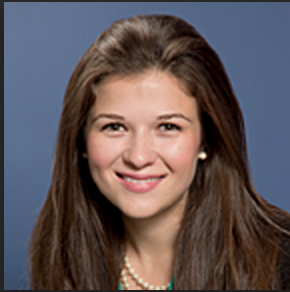 Marija Tesla graduated from Mount Holyoke College in 2011 with high honors in English and Russian language and literature, Phi Beta Kappa. Her senior thesis, a creative writing project, focused on the stories of women and children during the 1990s war in Croatia which she is now making into a novel. Tesla served Mount Holyoke as President of the Student Government Association, a Harriet Newhall Fellow, and currently as Young Alumna Trustee.

She worked at the Harvard Kennedy School of Government as the Project Manager at the Center for International Development, among other roles. Tesla speaks Bosnian, Croatian, Serbian, Russian, and has basic knowledge of Czech. She is involved with initiatives like the Women in Public Service Project, and is a graduate of Emerge Massachusetts, a political training program for Democratic women.