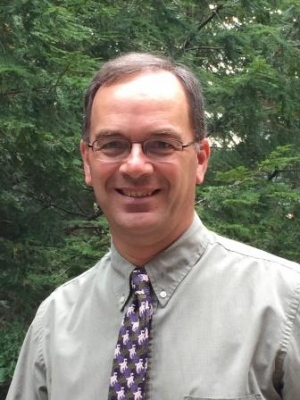 In December 2014, Erik joined the UNH Foundation as Treasurer and the associated role in UNH Advancement of Associate Vice President of Finance and Administration. Prior to joining the Foundation, Erik served the University System of New Hampshire for five years as Associate Treasurer, and, for an interim period, as Treasurer. In that role, he interfaced with leadership at all of the USNH institutions and the Board of Trustees, and he oversaw USNH’s endowment portfolio, cash management functions, debt portfolio and risk/insurance program.

From 1999 through 2009, Erik was the Vice President of Finance and Administration at the New Hampshire Institute of Art in downtown Manchester. During this period the Institute was transformed from a century old, single building community arts education institution into a small residential visual arts college with over 400 full time residential Bachelor of Fine Arts students, 9 buildings and more than 100 employees.

Erik grow up in New Canaan, CT and graduated from Harvard College in 1984 with a BA in Classical Languages. He first came to the University of New Hampshire in 1989 to work in Academic Computing. In 1992, he moved over to NH Public Television as its Business Manager. He added an MBA from UNH to his academic credentials in 1997. Erik resides in Deerfield with his wife Nancy  97G and their three children. He enjoys skiing, golf, DIY projects and supporting his kids’ cross country efforts.